Sip & Save will help the chain recapture beverage sales and compete with QSRs.

TEMPE, Ariz.—Circle K is trialing a beverage subscription program that allows U.S. customers to pay $5.99 a month and receive one Froster slushy, tea, coffee or Polar Pop fountain drink of their choosing every day.

According to CNBC, the chain’s “Sip & Save” program aims to build loyalty and bring people back into stores on a regular basis.

Last year was a challenging one for the foodservice category in convenience stores, especially for dispensed beverages.

“We really see this an opportunity to drive traffic at a time that people are just starting to come out of the understandable cocoons that they’ve been in for the last 12-plus months,” said Kevin Lewis, chief marketing officer, Alimentation Couche-Tard, Circle K’s parent company. 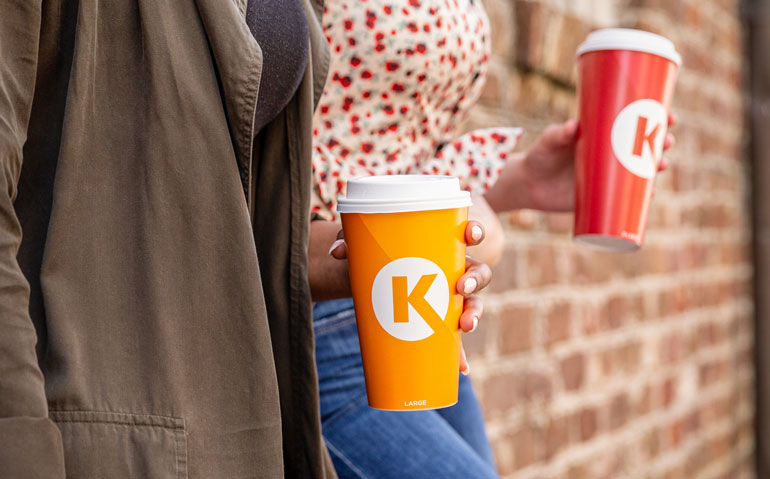 Circle K planned to launch the program last year, but when the pandemic hit, public health officials urged consumers to stay at home, and the retailer shelved the program. Now, in-store consumer activity is picking up as Americans are vaccinated and states ease restrictions, Lewis said.

In the past 90 days, Circle K has tested Sip & Save in more than 100 stores near Augusta, Ga., and Columbia, S.C. According to Lewis, test data indicate that customers are visiting more frequently and in numbers surpassing Circle K’s expectations.

Circle K has been upgrading its hot food options, and as a bonus, trial customers are buying food with their drinks. Over the past year, the chain introduced new items in about 1,500 locations, and soon, it will expand them to an additional 3,000 stores. The chain is tailoring menus by locality, such as offering tacos in Texas.

Other retailers, including Sheetz, Wawa and 7-Eleven have been revamping their fresh-food offerings to snag some of the foodservice market share. The hope is to increase sales among c-store customers who are already buying beverages, snacks, pantry staples or fuel.

?As NACS Daily reported a year ago, Panera Bread launched its coffee subscription program at $8.99 a month to attract morning customers in the hopes they’d try the chain’s new breakfast items. Burger King introduced its version of a coffee subscription in 2019, but the program quietly ended after a few months. 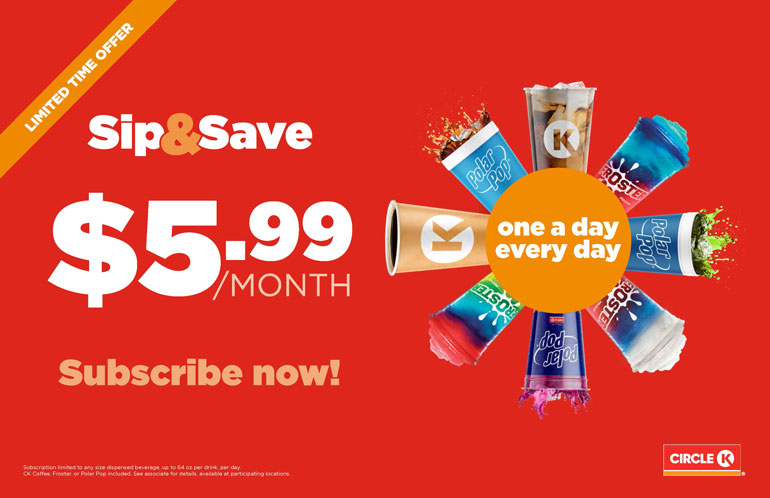 Circle K plans to run the Sip & Save program for three months, and “if the feedback we get at the end of the 90 days nationally is the same, I think we’d be hard-pressed to say stop,” Lewis said.

Montreal-based Couche-Tard operates more than 7,200 convenience stores across the U.S., including the On the Run and Holiday brands. Last year, the company reported U.S. revenue of $37.8 billion.

To learn more about how beverages can boost c-store sales, read “Thirst Quenchers” in NACS Magazine.