The made-to-order pizza brand was founded by four brothers in 1991.

NASHVILLE, Tenn.—Blessing others is a simple premise, and it’s at the heart of what Hunt Brothers Pizza has done for 30 years. From humble beginnings in Tennessee to hitting a milestone of seeing its turn-key pizza programs in 8,000 stores this year, the family-owned foodservice company strives to “help people be successful,” Scott Hunt, Hunt Brothers CEO, shared in an interview with NACS Daily.

“We’ve been blessed,” Hunt said on a warm July day as he and Bryan Meng, Hunt Brothers Pizza COO and Hunt’s cousin, joined NACS Daily to talk about the Nashville-based company’s roots and what’s ahead.

“The main things for us is, we are focused on making the stores successful,” Hunt said. “We make sure they understand their profitability. If they are successful, we are successful.”

Hunt’s father and three uncles founded the pizza company on July 26, 1991, with a desire to be more than a wholesale distributor to the mostly rural convenience stores they served—they sought to lift up each store to help them grow. 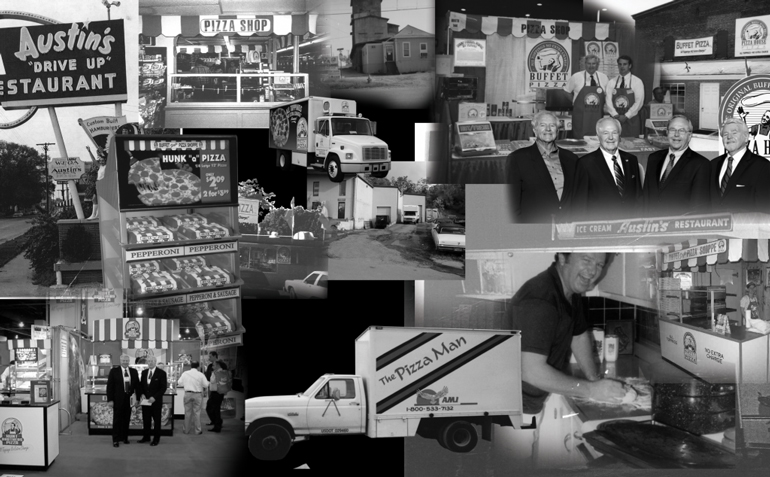 “When the four brothers started this business, they wanted to do things differently, creating a whole new concept of c-store branded programs to help rural markets that were essentially food deserts at the time,” said Meng. “In their mission to help others, Hunt Brothers Pizza ended up primarily in rural convenience stores, which have remained the bulk of our business and led to our success 30 years later.”

Meng and Hunt are the second generation running the company (along with Britt, Erin, Adam and Frank Hunt). Scott Hunt, who succeeded his father at the helm, is working on succession plans for the third generation of leadership. “Making sure you have really good people running the business” is key, he said.

The turn-key pizza program, which is now in stores in 30 U.S. states, is built around simplicity. “Keep it simple. Simple gets it done,” Hunt said. The newest market is in West Texas, Meng shared, and Hunt Brothers Pizza also has a presence in five other countries via partnerships with the U.S. military.

The pizza menu and ingredients are consistent across the program. Hunt Brothers Pizza does limited time offers four times a year—Chicken Bacon Ranch Pizza, for instance is on offer starting today while supplies last.

The program is scalable, giving all its c-store partners the ability to operate with existing labor and in stores of all sizes, providing dedicated account managers and nationwide marketing programs, plus what Meng calls A to Z training. And the company is intentional about the stores with which it partners.

“We don’t put stores on top of each other,” Hunt said, speaking of the program’s locations. “If we’re asking a store to commit to us, we’re going to commit to them.”

Matthew Turner of Jet Food Stores has partnered with Hunt Brothers for the past 15 years. “Hunt Brothers Pizza has been key to making our locations successful in offering quality foodservice in towns that do not have much available,” Turner said. “They have a great reputation in our region and are incredibly loyal and fair to their operators so that growth is achieved in a way that helps all locations grow rather than become overly competitive.”

Turner is appreciative of supportive account managers who “help us focus on the success of a pivotal foodservice program, which is one of my favorite aspects of their program… They have really become a part of our c-store family.”

At the field level, Hunt Brothers Pizza reps “literally carry in an oven and topping kit and show them how easy it is,” said Hunt, who started out in the field himself.

“In 1991 I was working for my Uncle Jimmy,” one of the company’s founders, Hunt recalls. “I was his first employee.” Hunt stopped in at a convenience store in northern Kentucky and introduced himself to the store manager. “She says, ‘I’m not buying anything.’ I said, I haven’t had lunch yet, and I’m just going to cook you up a pizza and get out of your way.” He proceeded to go out to his vehicle and retrieve a portable oven to cook up a pie on the spot, never asking her to buy anything. “Two hours later she was cooking pizzas.”

It’s that low-key approach that has served the company well for the past three decades.

“When we look into the future, our target is continuing to build the brand and increase the store count, and again, my No. 1 thing is succession,” said Hunt. “We look at the future as big.”

Kim Stewart is editor-in-chief of NACS Magazine and editorial director of NACS. Contact her at kstewart@convenience.org.