There is no “average” fuel retailer, so all the costs that go into a gallon of gas vary from station to station. 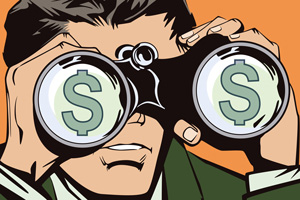 Most people think convenience stores and gas stations make a lot of money selling gas—and even more money when prices rise. In fact, a stunning 45% of drivers think that retailers make at least $2 a gallon in profit per gallon, according to a NACS consumer survey.

If that were the case, the typical convenience store annually selling 1.5 million gallons of fuel would make $3 million a year in pretax profits. Excuse me while I step away from my keyboard and buy me a gas station.

Wait, that’s not the case? OK, I’m back at my keyboard and will figure out another get-rich scheme another day. Instead, I hope you can join me for some analysis of what retailers domake per gallon. But if you’re still all in on buying a gas station that delivers astonishing profits and don’t have time to read the next few paragraphs, I’ll cut to the chase: The average markup on a gallon of gas is about 35 cents. After expenses, a retailer makes about a third of that in profits—before taxes.

I know it’s incredibly frustrating how gas prices have risen so dramatically over the past few months. The average car consumes more than 500 gallons of gas a year, so a dollar-per-gallon increase hits the wallet hard. But, at the same time, let’s be honest. A 10- to 15-cent profit on a product that cost $3.40 is not the problem. It’s certainly not gouging, even though that seems to be an easy complaint to make.

Here’s some math to see what is leading to higher prices, looking at the four distinct elements of gas prices, in descending order.

Someone does “make” $2 a gallon on gas sales: the oil producer. The cost of oil is usually at least half the price of a gallon of gas. On the day I am writing this, gas prices are $3.41 and oil prices are a bit more than $84 per barrel. There are 42 gallons in a barrel of oil, so each gallon of oil cost approximately $2.

Oil is a commodity and traded on the exchanges and prices fluctuate wildly. Depending on the ease of extracting oil out of the ground—it is cheaper to produce in Saudi Arabia compared to offshore rigs or the Bakken Region shale—the breakeven costs vary as well and can be $60 per barrel or higher. For the better part of the past year, oil prices were below $60 a barrel, and that meant there were producers who were losing money on every barrel they produced. That led to some wells shutting down—many of them permanently—which has negatively impacted supply and further pressured prices.

Will oil prices stay at that level or rise, as analysts plugging a book or their ability to speak on TV often tout? It probably depends on the new alliance known as OPEC+, which produces about 50% of the world’s oil right now. If they exert discipline in limiting production, oil prices could stay elevated. But that a subject of a whole ’nother blog. I’ll stick to looking at gas prices in this one.

Costs of transportation and refinery fluctuate based on a variety of factors, including proximity to the refinery, unique fuel specifications required for the area and demand. Let’s take the average refining costs per gallon for the past six months, using data from the U.S. Energy Information Administration (through September, the latest data available). Refining costs are about 17%, or 58 cents per gallon at today’s price of $3.41.

Is it a good investment to build a refinery? Maybe, but easier said than done. Because of the massive cost to build a refinery and NIMBY opposition, a major refinery has not been built in the United States since 1976. If you’re looking to get rich quick, getting into the refining business may not be the answer.

Those are the three biggest components that go into the price of your fill-up, but there are still more costs included. Accounting for the cost of oil, the cost of refining and all taxes, it cost about $3.14 a gallon for a retailer to purchase gasoline at a storage terminal, and this fuel will then sell for $3.41. There’s still profit, but not as much as most people think.

Combining a few data sets, our math shows that the gross margin, or markup, on fuel is about 27 cents per gallon. That matches up well with data from the latest OPIS Retail Fuel Watch. OPIS is considered the premier resource for fuel price data and is the source for AAA’s daily gas price numbers. The firm’s weekly report published on November 4 shows that the 30-day rolling average for fuel margins is 27.8 cents per gallon, which is spot on with our math.

However, we know that when gas prices rise, retailers tend to constrict margins to fight for price-sensitive customers. So, let’s go through the rest of this exercise using a higher average gross margin that considers a longer market cycle in which prices both rise and fall. Let’s instead use the average gross margin for 2020, which was 35 cents per gallon.

Gross margins can be thought of as the “markup” on a product. It’s the difference between the wholesale price and the retail price. Net margins account for expenses to sell the product. Here are some common expenses and averages for each of them, that get to the net margin for a gallon of gas. And, unfortunately, some of these costs have increased because of the pandemic:

There is no “average” retailer, so all these costs vary for fuel sellers, depending on the size of the company, brand, length of contract for fuel, competition and business model, among other factors. For every retailer that has a lower cost or expense for a specific item, someone has a higher cost or expense. And everyone has a different reason for different costs and expenses.

That said, the itemized list gives a broad sense of costs associated with selling fuel. These retail-based expenses add up to 22 cents—again, they will be higher for some and lower for others—and take the retail gross margin from 35 cents to about 13 cents per gallon in net margin. And, of course, net margins still need to be taxed before they become profits.

But that doesn’t mean that you can’t make money selling fuel. Combined with a strong in-store offer, selling gas helps support the convenience store business model of providing access to everyday items conveniently and leads to 165 million transactions a day, including 30 to 40 million fill-ups a day.